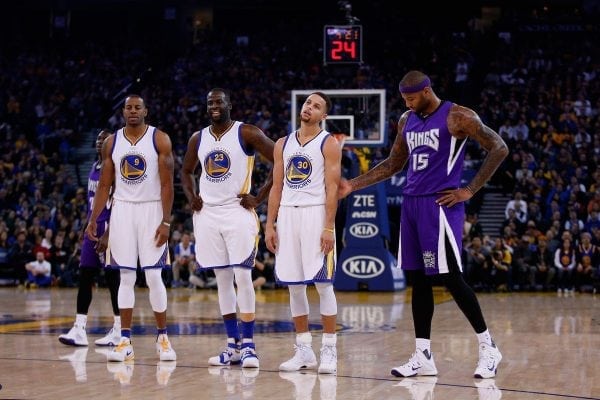 This has been an interesting NBA offseason, to say the least. To many, the big news came when LeBron James, the best basketball player on the planet and debatably the best basketball player of all time, decided to jump ship once again and join the storied Los Angeles Lakers. However, the real big news, at least in terms of the NBA, came the following day when DeMarcus Cousins signed with the Golden State Warriors.

I’m by no means calling Cousins a better player than LeBron or saying he brings more value to a team. LeBron joining the Lakers SHOULD shift the entire league and restore some balance to an otherwise unfairly lopsided landscape. What the Cousins signing does, however, is unbalances it even more. By joining the Golden State Warriors, the 2019 season is already wrapped up and done for.

Let’s take a brief look back at what’s been going on in Golden State in recent years: management managed to build an incredible team featuring the likes of Steph Curry, Klay Thompson, and Draymond Green. They won an NBA championship together, and then the following season won 73 out of 82 regular season games, beating the all-time record for wins in a season. They almost won back-to-back championship, but due to a suspension of Draymond Green and some other-wordly play by LeBron James, they were dethroned.

Why’d you do it, DeMarcus?

So what did they do? They signed Kevin Durant, debatably the second best player on the planet. The best team added the most dangerous they could possibly add. There’s a whole other video about this catastrophe. It was weird. It was unfair. It was flat-out silly… and of course the Warriors won the next two championships, relatively easily. Now, coming off their third title in four years (what probably should have been four in a row), what do they do? They add debatably the best center in the league.

Here’s the biggest issue with the Cousins signing, though: he signed for $5 million. He’s a top 10, maybe top 15 NBA player; he could have been making upwards of $30 million on a number of other teams, but instead chose to join a pre-existing dynasty for the minimum he could have. That’s a big issue. When Kevin Durant joined the Warriors, it was unfair, but at least it took some financial management. At least he was making the money he deserved and the team had to figure out a way to house all those stars under one roster. This Cousins signing completely throws the concept of a salary cap out the window, because when star players start signing minimum contracts in order to play on the best team and win championships, the league stops being fun for anyone, players or spectators.

Now, there’s a bunch of speculation that he may not play the majority of the regular season, or people are saying that he’s a detriment to the team and will throw off their balance and ruin their chances of winning. While all of that is wishful thinking, the fact of the matter is that Golden State, heads and shoulders above everyone the best team in the league, added another star player to fill the only conceivable void they had left, at a fraction of the price he’s worth. That’s a problem.