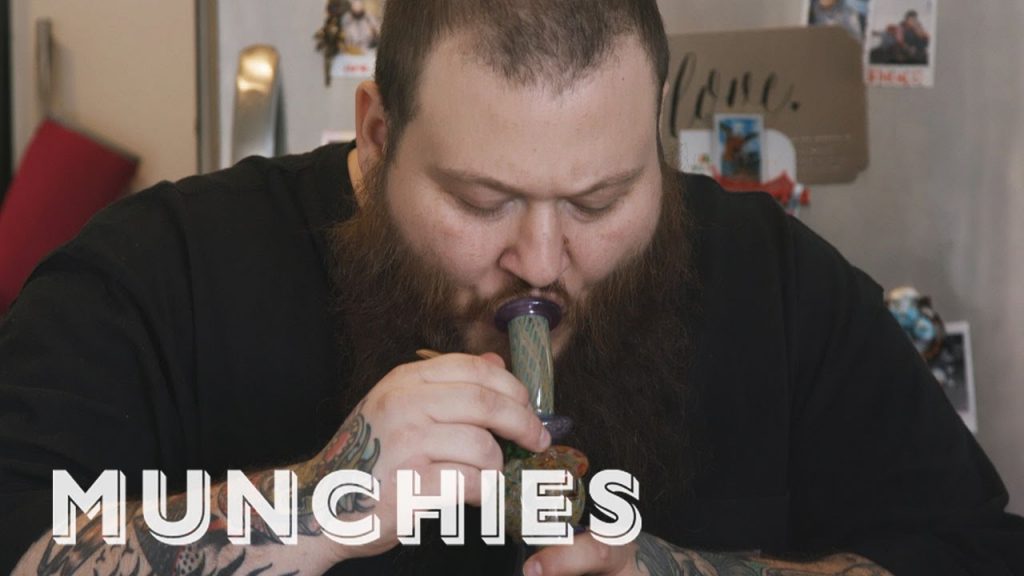 From a chef to a rapper, to cannabis enthusiast, Action Bronson now combines all of his talents into one vibrant personality.

Sitting in front a table full of hand-made glass rigs valued in the thousands, Action Bronson now has a very liberal opinion on modern art. In the above video, Bronson says,

Truer words were never spoken, but this onscreen personality didn’t begin as a full-fledged cannabis-enthusiast.

Action in the Kitchen

Action Bronson was born as Arian Asllani. At an early age, he worked as a Chef in Queens. From there, he created a youtube channel called “Action in the Kitchen,” which had great early success.

After an accident in the kitchen left him with a broken leg, Action turned to hip-hop. With hit-songs and an energy on-stage categorized at heat level “supernova,” Action has taken the underground hip-hop world by storm. He has released hit songs with Chance The Rapper and many other names in the game.

Action Bronson has cultivated a huge fan following. Besides being one of the major advocates of ‘dab’ culture, Bronson is also known for his love and experiments with marijuana. A true cannabis enthusiast, Action even has a show where he smokes weed with celebrities and artists while watching the show “Ancient Aliens.”

Meet The Guy Who Gets Paid to Smoke Weed