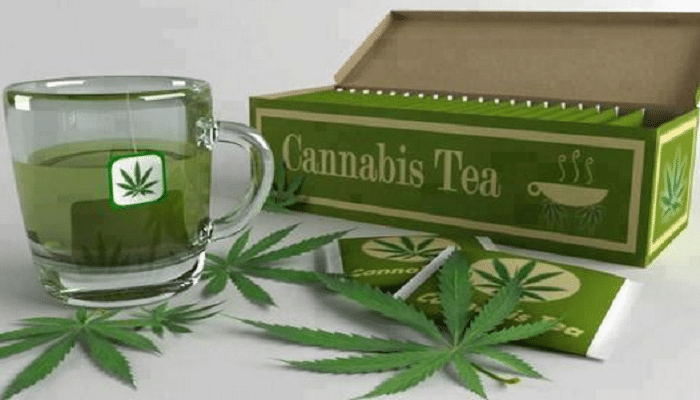 While the benefits of cannabis are well known, many might be missing out on the healthy option of drinking cannabis-infused tea.

With the new changes in legalization, new products are being created. Cannabis-infused tea, which can help with inflammation, anxiety, and even depression. The best way to treat such symptoms is by ingesting cannabinoids. This can be done by drinking cannabis tea! And, guess what? It’s easy and great alternative to smoking. Here are five great benefits of doing so.

Tea is becoming a new way to target pain relief. via The Health Site

For centuries, cannabis has been used for pain relief. Disorders like Crohn’s to arthritis and other kinds of chronic diseases have found healing this way. The cannabinoids bind to pain receptors in the central nervous system and help to dampen those pain signals. In addition, tea has always been used for a pain relief and comfort.

So, for pain relief, drinking cannabis-infused tea is a great way to treat your illness. It is absorbed through the digestive system and then easily spreads through your body.

When it comes to autoimmune disorders, weed is an effective treatment, as cannabinoids have been proven to reduce inflammation. So, for those who suffer from arthritis, multiple sclerosis or irritable bowel syndrome, cannabis can be a healthy and effective alternative to prescription drugs.

Brain damage and memory loss can be combatted with cannabis. Tea is a good alternative to smoking. via Science News

The government has done studies on the debate that cannabis leads to memory problems and brain damage. However, there are studies that show how THC can slow, or block, the production of Beta-amyloid proteins, believed to be the precursors of Alzheimer’s. The researchers behind these studies believe that cannabinoids could help combat age-related cognitive decline. And what better than tea to help ease the damage?

Cannabis infused tea is a perfect way to combat anxiety and depression. via Everyday Health

While there can be many factors that can cause someone to suffer from depression and anxiety, a common trigger is neuronal inflammation or a deficiency in neurotransmitters. You can use cannabinoids to address those factors. In addition, all by drinking some infused tea. By drinking cannabis tea, you’ll get more of a body high, which is more relaxing and invigorating.

Tea has always been a way to maintain gut health and now with cannabis, it is combating gastro disorders. via Live Strong

Nevertheless, by smoking weed, you’ll find that most of the cannabinoids go straight to your brain. But by drinking cannabis tea, you will find that the cannabinoids are absorbed by receptors in the digestive tract. As a result, this will help with constipation, cramping, diarrhea and even acid reflux. So grab some peppermint tea and infuse it for ultimate relief.