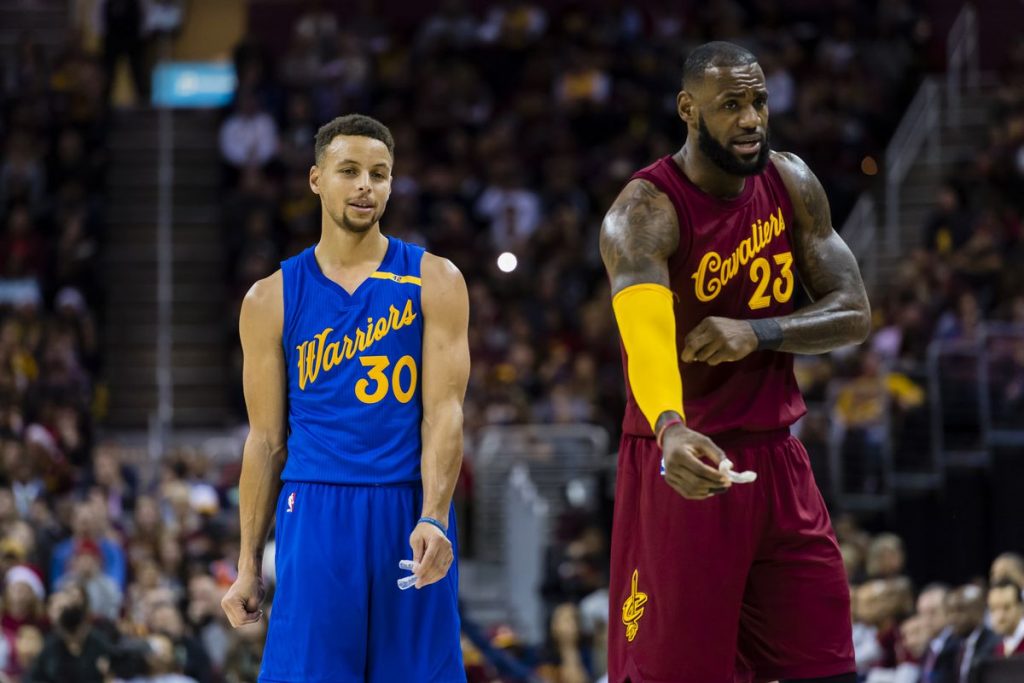 The Cleveland Cavaliers squaring off against the Golden State Warriors in yet another NBA Finals isn’t boring; it’s awesome!

I’m sick and tired of everyone complaining about the same two teams facing each other every year in the NBA finals. I’ve heard all the arguments, and while some are valid, everyone needs to take a step back and realize what’s going on here. For the most part, a lot of people are upset with the fact that it’s getting repetitive and boring. The same two teams have met in the finals three straight years; that’s never happened before in league history. People are calling it predictable, but you know what I call it? Awesome!

Take a step back and look at this scenario in ten years from now.

We’re in the midst of something legendary. Think about it; you’re going to be able to look back and say you were watching history. You saw LeBron James, one of the greatest players of all time, face off against the Golden State Warriors, one of the greatest teams of all time, three times in a row (and likely four times in a row) and it’s been nothing short of fantastic.

“We watch sports to witness greatness; that’s pretty much the point of it all.”

Do you think basketball fans from those eras complained about the same teams always winning? Were they bored? Probably. But in hindsight, they were witnessing one of the coolest things a sports fan can possibly witness: greatness.

We watch sports to witness greatness; that’s pretty much the point of it all. To claim that another season of Cavs Vs. Warriors in the finals is boring is also claiming that Celtics Vs. Spurs or Blazers Vs. Bucks would be more entertaining. That’s just flat out wrong. I’m sorry, but that’s untrue. We want to see the best compete against one another and that is exactly what is happening here, it just so happens that the title of “best” hasn’t changed hands recently.

As the NBA Playoffs get underway, I, for one, want to see the best play the best and have them face off for as long as they can. However long that may last.