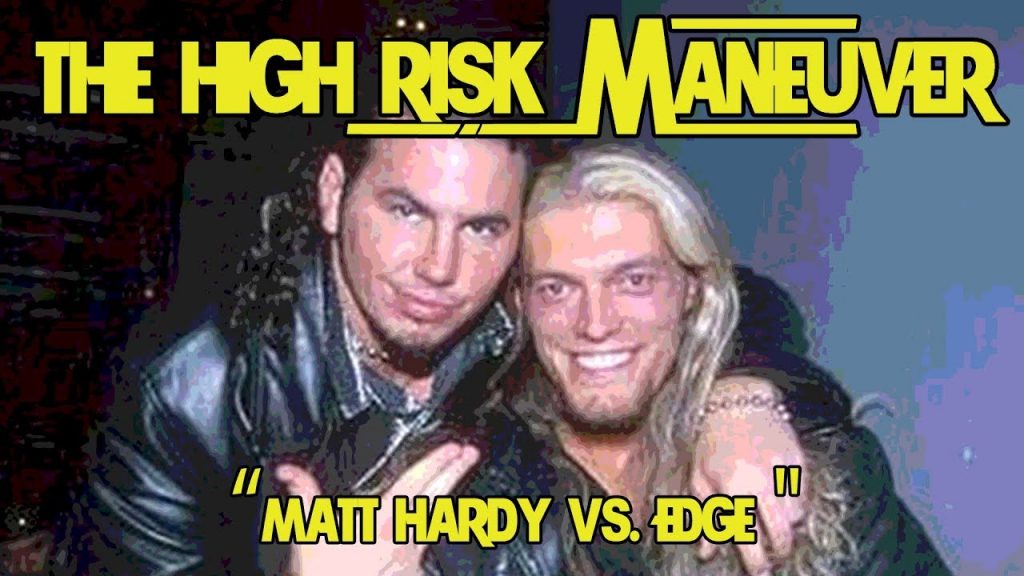 The Matt Hardy Vs. Edge feud was such a good one because it was genuine. The on-air storyline of Edge stealing Matt Hardy’s girlfriend Lita was in fact real.

Wrestling, in a nutshell, is glorified storytelling. Yes, the matches are entertaining and the characters are meant to be silly and fantastic, but it’s essentially a soap opera with a couple more suplexes and punches. That’s why the true stories are the one’s that translate so well onto television, like the Matt Hardy Vs. Edge feud.

You see, Matt Hardy was a member of the popular tag team The Hardy Boyz along with his brother Jeff. Early on in their careers, they teamed up with a cool young lady by the name of Lita. She would accompany them to the ring, often wearing a visible thong, and would partake in most of the “extreme” activities that the Hardy Boyz became notorious for, like death-defying leaps and mind-blowing flips. Before long, she was participating in her own matches and was a major part of the Hardy Boyz rise to success.

It wasn’t long before Matt, the elder Hardy, and Lita’s professional wrestling relationship developed into a real, romantic one. They started dating, both on-screen and in real life.

Then something bad happened.

One of the Hardy Boyz biggest rivals was the tag team Edge and Christian, comprised of (you guessed it!) wrestlers Edge and Christian. While Matt Hardy was home for several weeks nursing an injury, Lita started hooking up with Edge. This was not part of the storyline; this was entirely happening in real life, backstage.

The whole Edge & Lita thing escalated to the point where they became an actual item, all while Lita was still technically with Matt Hardy. Again, this was not happening in reality. However, Vince McMahon, being the brilliant sicko that he is, decided that, upon Matt Hardy’s return to action, he was going to book the two wrestlers in a feud against one another. And just like that, the Matt Hardy Vs. Edge feud began and these people’s real private lives were leaked onto national television to be acted out in front of arenas full of people.

It’s not like they even tried to sugar-coat it; the Matt Hardy Vs. Edge feud was completely based off the whole Lita thing. Not only did Matt Hardy get cheated on, but he then had to go out on a nightly basis and work with the guy his girlfriend left him for.

Kudos to Matt Hardy for pulling it off and remaining professional, because I wouldn’t wish something like that on my worst enemy.

Rob Fee Reviews the Spy Who Dumped Me