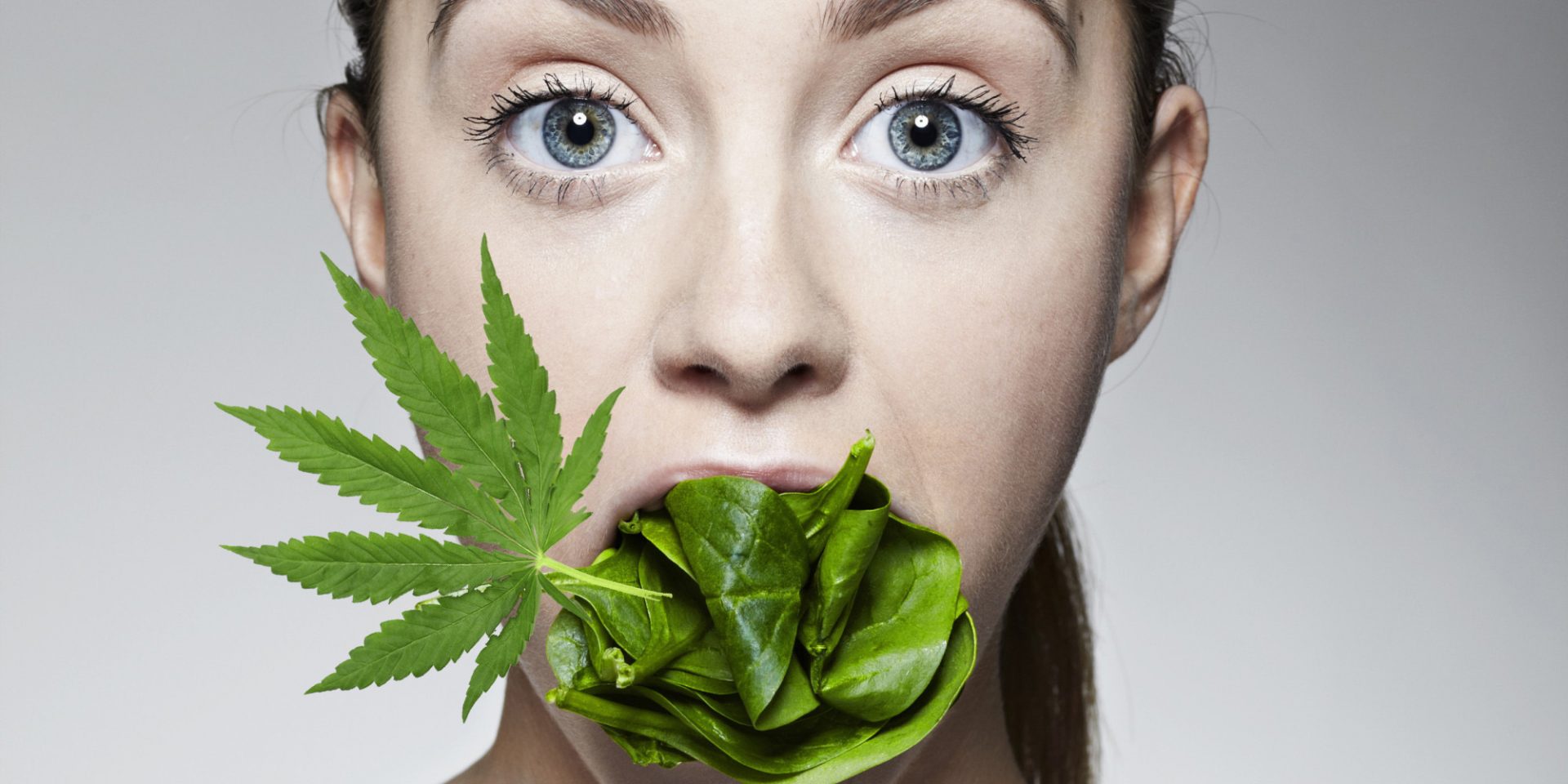 The marijuana diet is a new trend arriving with legalization all over the world.

Can you lose weight by smoking weed? Well, perhaps and contrary to popular belief, marijuana doesn’t necessarily lead to weight gain—in fact, it might even lead to weight loss. But the marijuana diet depends on the user.

Recent research suggests that people who smoke marijuana have thinner waistlines and lower blood sugar levels. I’m sure you will now think of the ongoing “myth” that stoners always have the munchies? Well, it’s not totally untrue. Research shows that smoking marijuana actually does affect the mechanisms that trigger hunger in our brain: receptors in our brain trigger the release of hormones that make us feel famished, causing us to gobble up everything in sight.

But even though there’s a grain of truth to that popular belief, that doesn’t mean it’s 100 percent legit. There surely can be a weight gain for the Cheetos-munching stoner stereotype but there are some studies that have shown that smoking pot doesn’t lead to weight gain — in fact, it might actually help you lose weight.

Since the days of Reefer Madness, Cannabis has been frowned upon. The majority of people believe it leads to obesity, over-eating, and an unhealthy lifestyle. This is mostly in correlation with the idea of munchies and the unhealthy foods associated with it.

However,  this be all wrong! Especially because many people today use marijuana as a medicine and lead pretty healthy lifestyles. In fact, evidence suggests that there is a real link between marijuana and weight loss.

We can safely say the marijuana diet is less of a diet and more of a lifestyle where you should know how to smoke, how much is enough, and which strain can best help you for your health problems.

This cannabis lifestyle concept focuses on eating more naturally and not having processed foods. In addition, when combined with cannabis use, it helps with metabolism and overall body improvements.

Also, it is important to note that cannabis is not a be-all, end-all prescription for weight loss: If you don’t exercise and have unhealthy eating habits, then smoking weed probably won’t help you have a lower BMI. But according to a 2011 study from the American Journal of Epidemiology, even if cannabis consumption increases appetite, “people using cannabis are less likely to be obese than people who do not use cannabis.” Other studies have also shown that many cannabis users have trimmer waistlines than non-users, as well as lower cholesterol levels. What’s more, these results have proven to be true regardless of sample size or factors like age and gender.

How Does Cannabis Impact Weight Loss?

The marijuana diet is based on a few research-based inquiries and principles. Interestingly, cannabis is believed to impact the body in the following ways:

Firstly, insulin is produced by the pancreas. Essentially, insulin is basically the vehicle through which sugar can get into the cells so that those cells can then convert that to energy. When out of balance, the body can tire quickly and feel very low in blood sugar levels. On the other hand, fasting insulin is the kind of insulin that the body produces before eating, or when fasting.

A study conducted by the American Journal of Medicine concluded in a study of over 4,500 adults that smoking weed at least three times a week lowered fasting insulin by 16%.  This is due to cannabis working in insulin absorption allowing for good cholesterol to be produced.  So overall, cannabis helps in insulin levels and then battling glucose levels that attack the arteries.

Cannabis and Working Out

Interestingly, exercise excites the endocannabinoid system in the brain much the same way that cannabis does. Furthermore, this is the body’s way of handling pain after a workout. In fact, there is an endocannabinoid system in the human brain. So, when you smoke cannabis and exercise it helps to govern appetite, pain management, and memory. The Marijuana Diet promotes this concept, and it even includes a couch!

A 2013 study basically confirmed that long-term marijuana use had an effect on weight and metabolism. In fact, all groups tested showed significantly lower obesity rates in cannabis users. This is compared to people who hadn’t used marijuana in 12 months. Nevertheless, it shows a long-term effect on metabolism which in turns effects weight loss, diets and weight stability.

Other studies in Poland, Italy, Hungary, Canada, and the UK have replicated these findings, leading some researchers to conclude that there is “a correlation between cannabis use and reduction in the BMI,” said Dr. Sunil Aggarwal, a physician and cannabis researcher. “This association holds even after controlling for other variables,” such as age, gender, or why a person is smoking marijuana, to begin with (so for instance, a cancer patient who uses marijuana as a method of pain relief).

That said, there’s also some evidence indicating that marijuana’s effects on weight fluctuation are more complicated than Aggarwal would suggest. Didier Jutras-Aswad, a professor of neuroscience at the University of Montreal, has studied how cannabis affects the functions of neurobiological circuits controlling appetite.

Another theory is that despite the high caloric intakes of those experiencing the munchies, they may subconsciously compensate for their binges by eating less through the rest of the day. If someone smoked regularly each night and then ate a pizza and a gelato, they may find they are eating only a small breakfast and lunch and leave their main food intake for after each smoking session.

You have heard it a bunch for almost every article. Pick your strain. It actually is a vital point of using marijuana. You have the ability to choose strain based on what is needed that day both medically and leisurely. But when it comes to strain choosing, asking or looking for something with THCV in it, will help in suppressing appetite.

While it isn’t good to skip meals, if you are an overeater and looking to cut back, this could be a potential root for eating less per sitting. Moreover, the Marijuana Diet is designed to eat better, not less!

Overall, THC stimulates the appetite in such a way that the user can’t stop eating. However, when there is constant stimulation of the CB1 receptor, it loses sensitivity and the receptor becomes less powerful. So long-term stimulation of this particular cannabinoid receptor can cause hunger signals to decrease over time. The brain is a clever organ and is not fooled forever by the CB1 receptor’s hunger signals. It is possible it just adjusts to these signals, at least for frequent cannabis smokers, and regulates appetite accordingly. This may be way your friends who have smoked for over 10 years, no longer get the munchies.

Additionally, many cannabis users, especially in Australia, mix their weed with tobacco. Typically users say they prefer the taste or it works out to be more economical for them this way.

Tobacco is known to be an appetite suppressant, that is, people feel less hungry when they smoke it. So the added tobacco could be explaining the weight regulation, rather than the cannabis itself. You’d be hard-pressed to find anyone who would recommend people take up smoking in order to lose weight. Those who mix tobacco with their cannabis are at a real and obvious risk of becoming addicted to nicotine – and will often take up smoking cigarettes in addition to their cannabis habit.

The Marijuana Diet is not only about smoking up. This diet, just like any other diet, includes exercises, clean eating, and a clean lifestyle. Author Art Glass’s The Marijuana Diet is ultimately just a handy-dandy, 18-chapter guide to eating right while still being able to munch. This book includes an infamous exercise called ‘Shake the Fat Away’. This exercise is a powerful workout that can be accomplished by sitting on the sofa or lying in bed. Apparently, by following this fitness routine for just 4 minutes a day, you will be able to see a difference!

Marijuana is working through your body and regulating the endocannabinoid system. In fact, cannabis is also regulating homeostasis overall in the body for better well-being. Glass guarantees by following the Marijuana Diet and the step will lead to over body health. Additionally, daily fitness regimens, eating healthy, and of course, smoking marijuana will help you to achieve your best physically and emotionally fit self!

Cannabis and Sex Could Improve Your Love Life | Mindful Mary

How To Get THC Out of Your System Fast?