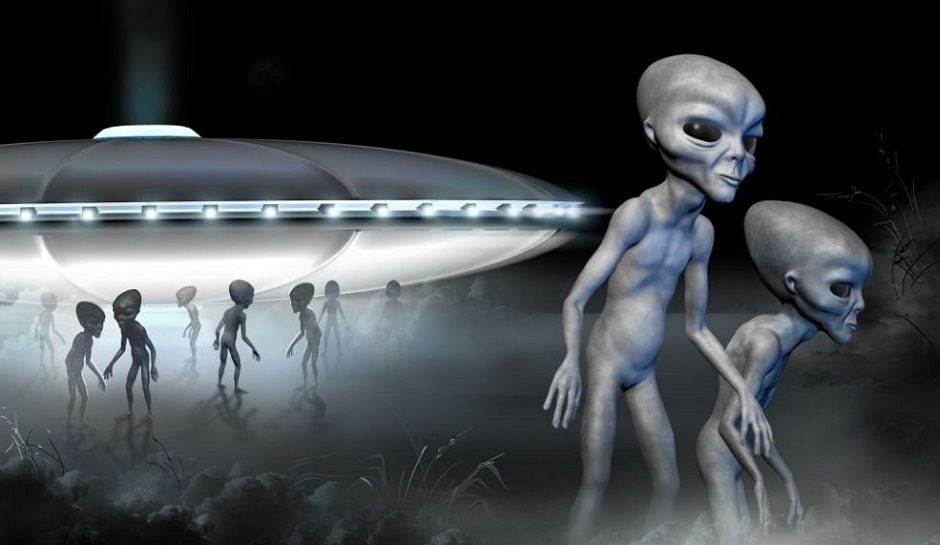 Aliens are here, and they’ve been here for a very long time. You know them, you just don’t know that you know them.

People have long speculated about the existence of life outside our planet. I mean, statistically speaking, you’d have to be insane to think that we’re the only form of life that exists in the universe. Aliens definitely exist. Do you have any idea how big the universe is? It’s so big I can’t even explain to you how big it is… it’s, like, infinite.

Think about that; there’s an infinite number of planets out there that we don’t even know about, and you think we’re the only ones home? Get real!

To me, the real questions isn’t IF life outside our planet exists. The real important question we should be asking is have they come here and visited us yet?

Everyone assumed that making contact with an outer space creature will be this big, epic confrontation where they land in their impressive spaceships and walk out and formally introduce themselves. I, for one, call bullshit. Ain’t no aliens showing up with a ticker tape parade like in the movies. If they’ve figured out space travel and are smart enough to come all the way here, then that means that they’re smarter than us.

That’s why the logical solution is that they’re already here. No, I don’t mean they’re dressed up like humans in some sort of “They Live” reality. I mean they’re here, chilling, right under our noses, blending into the world so that we’d never know.

Of course, I’m talking about ducks.

If you think about it, it makes perfect sense. It’s as if someone observed the planet, saw all the life that exists, and then created a half-assed attempt at all of them in one. First of all, going with a bird is a smart choice; the ability to fly is extremely valuable. Secondly, it would need to be a water creature, capable of submerging itself underwater to get a read on what’s going on down there as well. Finally, it would need to be a land animal as well. Duck really do cover all terrain.

They’re also shady AF. I mean, just look at them; would you trust that face, with those beady little eyes? I don’t know about you, but I see suspicious written all over those bills. Aliens definitely needed to blend in, so they came here as ducks and we all just accepted it without batting an eyelid. After all, ducks aren’t threatening. Then again, isn’t it always the ones that you least expect?

Coming to earth and blending in as a human would be ridiculous. We’re way too awkward and weird for an intelligent being to emulate our lives. We’d either catch on right away, or they’d become a famous person. No, the right vessel would be something like a duck; capable of observing quietly, not getting into many confrontations, and having the ability to roam wherever they please.

Ever seen a duck get into a confrontation before? Probably not. What do ducks even eat? Nobody knows. Ever said something incriminating while in the presence of a duck? Boy, you’re going to regret that!

“What do ducks even eat? Nobody knows.”

My hypothesis is that ducks are from another planet, and were sent here thousands of years ago to observe, collect information, and report back home. Just because they don’t speak our primitive human language doesn’t mean they aren’t communicating on a much higher level than we’re even capable of understanding.  I’m unsure if they took duck form in coming here, or if that’s their natural form and there’s a whole planet full of hyper-intelligent ducks out there in the cosmos somewhere. Either way, one of those options is the only explanation that makes total sense.

They’re here, walking among us already… er, I should say “waddling” among us.

ConspiracyFiles The Earth Is A Rectangle