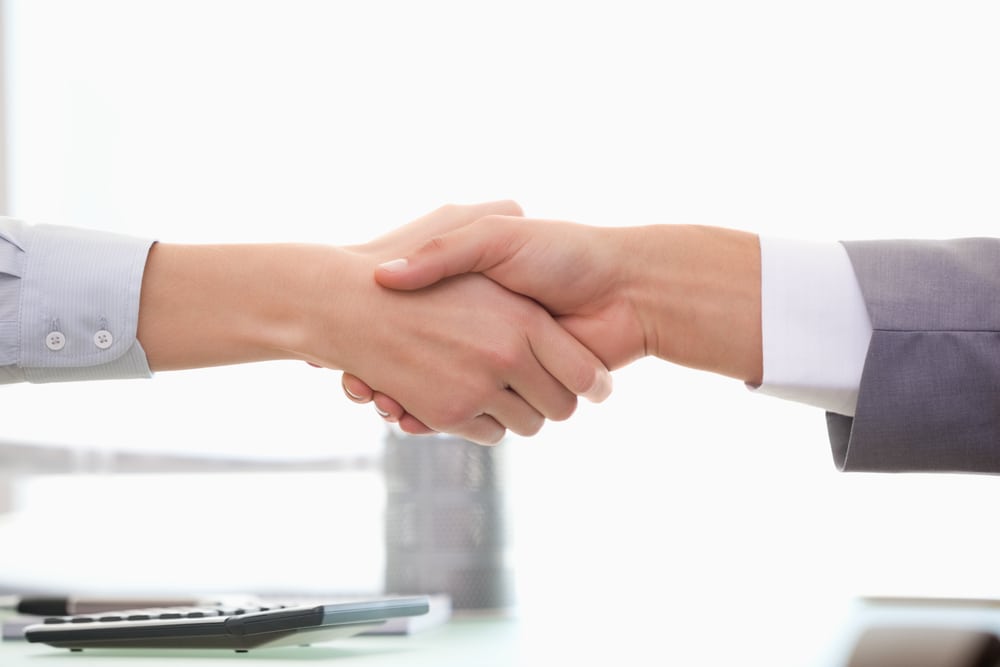 The art of shaking a female’s hand, as explained by a dumb, stupid male.

Let me just preface this entire article by saying that I’m a strong believer in equality. I understand that just by the title alone, I could easily come off as a sexist jerk.

I consider myself a feminist and I believe that everyone should be treated equally regardless of their gender, race, or sexual orientation. Having said that, I’m a big stupid idiot who has absolutely no idea how to properly shake a woman’s hand.

Seriously, what am I supposed to do? I take pride in having a pretty firm handshake; I think it conveys confidence and strength of character. However, every time I’m introduced to a woman, which is an average of about 50% of people I meet, I’m unsure of how to approach the situation. Every occasion is met with uncertainty and a random attempt at solving this impossible puzzle.

First of all, I don’t want to come off too strong. Women are just as capable as men, but the scientific fact of the matter is that women are generally smaller and less physically strong. Wait, I don’t mean women aren’t strong. In fact, women are stronger than men when it comes to most things.

It’s just that men are, by nature, physically more powerful the majority of the time. That’s just science. Therefore, I’m always worried about pulling a Lenny from Of Mice And Men and just mangling a poor, unsuspecting lady’s hand.

So, when it comes to shaking a woman’s hand, I usually just scale it back to a 60%. It’s the safest bet and covers the most bases. This way, you’ll be equally prepared to quickly react and tighten up for a strong grip or loosen up for a weaker grip.

All of this is based on the assumption that you even get a handshake at all! We haven’t even brought up hugs yet! While hugging a man the first time you meet him is typically frowned upon, hugging a woman upon introduction is a lot more commonplace (I, for one, think non-gender specified hugging should be more widely accepted, but that’s another post for another day).

So, before a dumb male can even start to gauge what sort of handshake he’s getting, the first matter at hand is deciphering if you’re about to hug someone or get a handshake. Grabbing an un-suspecting hand-shaker in a hug they didn’t sign up for is a situation I wouldn’t wish upon my worst enemy.

The only thing worse is going in for the cheek kiss when all they wanted was a hug. Ugh, toss me in a cell and throw away the key!

Let’s say the hug didn’t happen and you’re now positive this is a handshake situation; the battle has only just begun. There are so many different variations and variables that could come your way. For example, there’s the over-hand shake, where a woman will just give the tips of her fingers expecting a very soft and proper male under-grab. Go in too strong on one of these and you’ll be mushing up fingers like Play-Doh in no time.

“Grabbing an un-suspecting hand-shaker in a hug they didn’t sign up for is a situation I wouldn’t wish upon my worst enemy.”

If it’s not the blue-blooded overhand shake, then you might be in store for a shockingly abrasive “I’ll show you how hard a woman can shake” kind of deal. These often come as a surprise, because your scaled-back, reserved attempt at a handshake will always lose to a dark-horse womanly firm-gripper. If you’re anything like me, then there’s nothing worse than having someone dominate you in a handshake, regardless of gender. I often demand a re-shake if I feel as though the playing field wasn’t fair.

There are so many ways a handshake with a woman can go awry. Unfortunately, this post doesn’t have the ultimate answer. Perhaps there is no real solution. The best advice I can give is to always expect the unexpected.

The Origins of the Word Marijuana